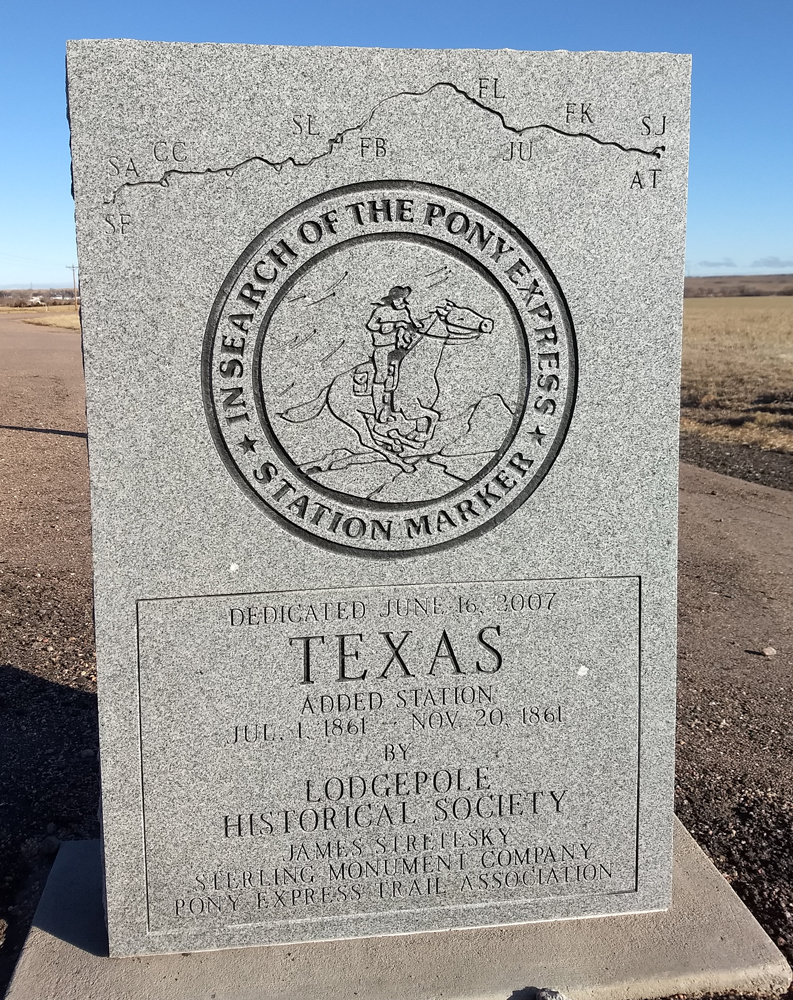 A marker commemorating the legendary Pony Express is located 1 mile south of Lodgepole on Highway 17F between Lodgepole and I-80.

Pole Creek No. 2 Station also known as the “Texas” Pony Express Station was not one of the original station sites. This station was put into service in July 1861 when a new mail contract called for twice a week Pony Express and a near daily stagecoach going both east and west. The original stations, were too far apart for the use of a stagecoach and thus the “Hughes Ranch” in the Chappell area and “Texas” sites were added.

Follow us on social media to keep up with the latest events, news and amazing things happening in Cheyenne County.﻿